Nothing kills the Christmas spirit like having something stolen out of your car. And police in Lexington, Ky., are trying to help prevent car break-ins through the power of song, specifically Rodgers and Hammerstein's "My Favorite Things." Cheri Lawson of member station WEKU reports.

(SOUNDBITE OF FILM, "THE SOUND OF MUSIC")

JULIE ANDREWS: (As Maria von Trapp) Raindrops on roses and whiskers on kittens.

CHERI LAWSON, BYLINE: Chances are you've heard the song "My Favorite Things" from "The Sound of Music."

(SOUNDBITE OF FILM, "THE SOUND OF MUSIC")

ANDREWS: (As Maria von Trapp, singing) Brown paper packages tied up with strings, these are a few of my favorite things.

UNIDENTIFIED PERSON #1: (Singing) Cash in my wallet and credit cards, too; my driver's license and change that was loose.

UNIDENTIFIED PERSON #2: (Singing) A leather purse hidden under my seat, these are a few...

LAWSON: Officer Rebecca Saylor says, this time of year, there's an uptick in the number of calls where someone's car has items stolen from it.

REBECCA SAYLOR: It happens in public places, shopping centers, parks. But it also happens in people's residences, like, just right out of their driveways.

LAWSON: Financial crimes detective Jerrell Strong says the video is a creative way to get the job done.

JERRELL STRONG: A lot of my investigations come from these car break-ins, where folks have left their wallets and credit cards in the vehicles. So...

STRONG: (Singing) If the thieves come checking handles in my neighborhood, I simply remember my stolen things and to always lock my door.

LAWSON: The video has gone viral as police departments in several states - including Utah, California and Texas - have shared it on their social media. Here's Marengo, Ill., police officer Andrew Kjellgren.

ANDREW KJELLGREN: It catches your attention, but it highlights the issue of leaving your vehicles unlocked and leaving valuables in there because big cities, small towns - everyone deals with that sort of property crime.

BRENNA ANGEL: I think we combined the right message with the right tone, and it just worked.

UNIDENTIFIED PEOPLE: (Singing) We've learned not to ever keep stuff in our trucks and cars.

LAWSON: One of the main takeaways from the video is, don't let your favorite things become your stolen things. 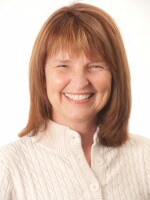 Cheri Lawson
Cheri is a broadcast producer, anchor, reporter, announcer and talk show host with over 25 years of experience. For three years, she was the local host of Morning Edition on WMUB-FM at Miami University in Oxford, Ohio. Cheri produced and hosted local talk shows and news stories for the station for nine years. Prior to that, she produced and co-hosted a local talk show on WVXU, Cincinnati for nearly 15 years. Cheri has won numerous awards from the Public Radio News Directors Association, the Ohio and Kentucky Associated Press, and both the Cincinnati and Ohio chapters of the Society for Professional Journalists.
See stories by Cheri Lawson